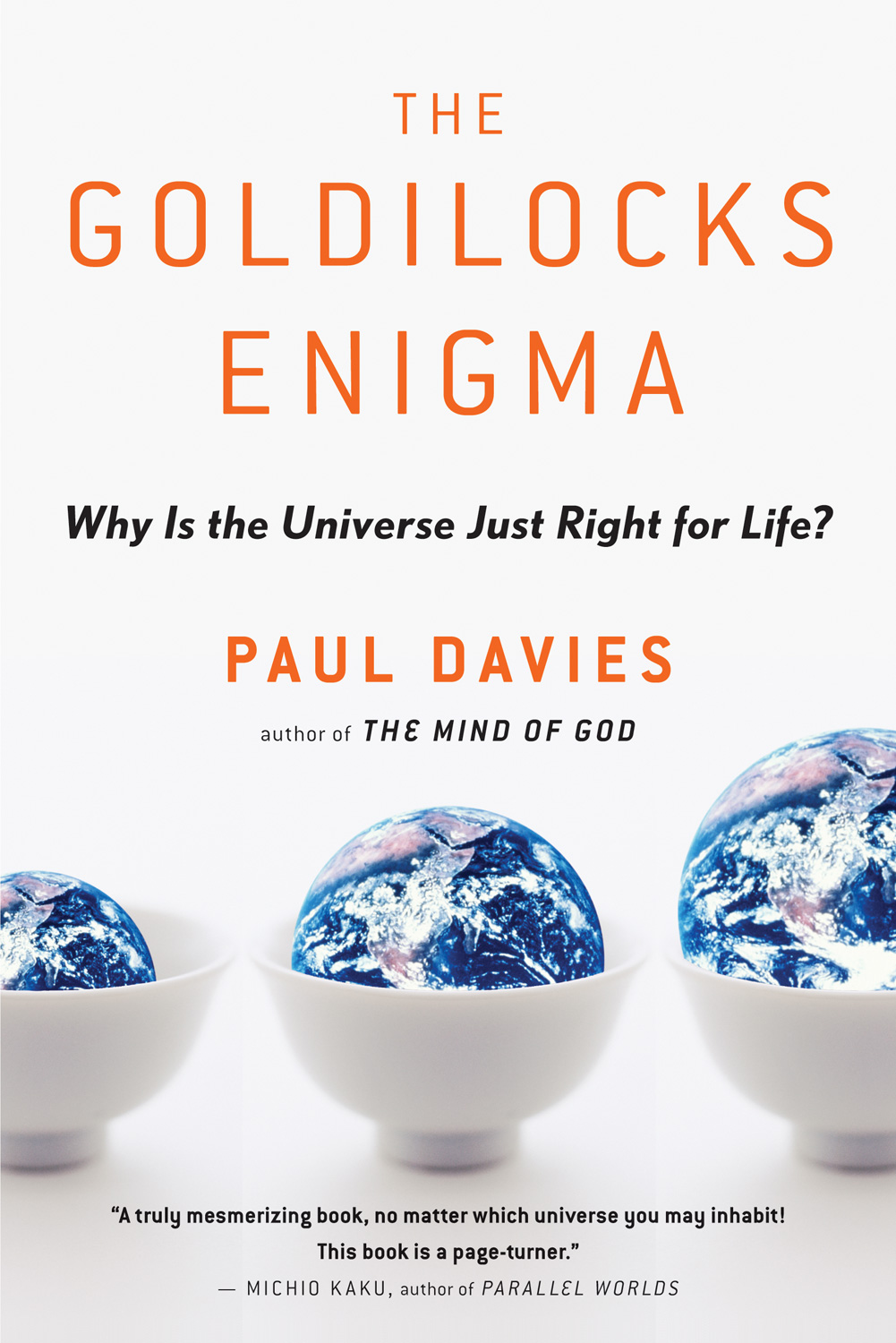 Why is the Universe just Right for Life?

For thousands of years, human beings have gazed in wonder at the world about them and asked the big questions: How did the universe come to exist? What is it made of? Where do human beings fit in? Is there some sort of meaning behind the great cosmic scheme of things? In my latest book, I have a stab at answering all of them!

To organize this ambitious task, I focus on the really big question that is currently preoccupying many scientists: Why does the universe seem to be so bio-friendly? Many different aspects of the cosmos, from the properties of the humble carbon atom to the speed of light, seem almost tailor-made to encourage biology. Like Baby Bear's porridge in the story of Goldilocks, the universe looks "just right" for life. In fact, it looks like a fix. So what is going on?

One theory says it's because our universe is just one of an infinite number of universes, each one slightly different, and that our particular universe is bio-friendly by accident; we just happened to win the cosmic jackpot. While this "multiverse" explanation is popular, it has bizarre implications, from infinite copies of each of us to Matrix-like simulated universes. And it still leaves a lot unexplained.

I think there's a more satisfying solution to the problem of existence: that the explanation for the universe lies entirely within it. To make this work - to avoid appealing to anything outside the universe - it's necessary to assume that the observations we make today help shape the nature of reality in the remote past. This sounds weird, but it finds a natural place in the physicist's arsenal of explanations, especially when quantum effects are taken into account. If I'm right, then life-and, ultimately, consciousness-aren't just incidental byproducts of nature, but central players hard-wired into the evolution of the universe.

Even if you don't buy my ultimate explanation of existence, you will find plenty of mainstream science here, including an accessible account of all that's new and exciting in cosmology and fundamental physics, some stuff on string theory (or M theory), the hunt for new subatomic particles, and much else.